Suicidal thinking is usually associated with problems that can be treated. Thoughts of suicide can be caused by emotional disorders, and sometimes such thoughts prevent us from seeing other options. Most people who receive appropriate care improve or recover completely. Even if you have received treatment before, you should know that different treatments work for different people in different situations. Repeating treatment or trying a different method may be necessary before the right treatment for you is found. 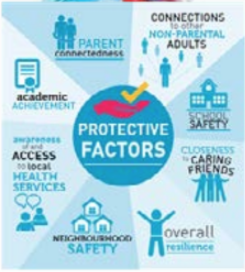 Suicide is a complex issue involving numerous factors and should not be attributed to any single cause. Not all people who die by suicide have been diagnosed with a mental illness and not all people with a mental illness attempt to end their lives by suicide. Suicide is not about a moral weakness or character flaw. People considering suicide feel as though their pain will never end and that suicide is the only way to stop the suffering.

We have created this page to help you learn about resources and supports that are available to you and your loved ones. You may be a parent concerned about your child, a student, or another youth. It is important that you recognize the warning signs and risk factors of suicide and know what to do. First, there are things you may want to know:

The following are not always communicated directly or outwardly:

If you or someone you know is struggling with thoughts of suicide, help is available for you.  Whether through a friend, parent, teacher, doctor, coach, counselor, therapist, or member of the clergy. Find someone you trust and let them know how bad things are. Keep telling someone until you get the help you need. Immediate resources are included right here and provided from Jordan Porco Foundation’s Fresh Check Day.

Click on any of the substance tab titles below to expand for more information.

A valuable resource available to elementary schools and programs is the CSMHS (Connecticut School Mental Health System). This system enables the promotion of well-being as well as addressing students’ mental health issues. As stated by the website, it provides a “framework” for school districts to use in order to aid their students.

The CTSAB has some useful resources for parents regarding their child. This includes the NIMH » Children and Mental Health page of the National Institute of Mental Health, in which they describe symptoms of mental disorders in young children.

Middle School and High School can be emotionally trying times with physical, emotional, and mental developments in our bodies.

Family conflict, relationship issues, grades, peer pressure, and loss of important people in our lives – all such stressful events can seem catastrophic at the time they are happening. Then, months or years later, they are things of the past. Some of these challenges may even increase your resilience and resolve in life. If you imagine yourself five years down the road you may see that a problem that currently seems catastrophic will pass.

Many people are unable to see alternatives to their problems or an end to their pain. Many who consider dying by suicide still want to live: the youth you are concerned about may have mixed feelings about turning thoughts of suicide into a suicidal act. By recognizing his or her risk and getting him or her to help, a life can be saved.

Go ahead and ask.

A youth may hint or joke about suicide, but it is important to take all communications about suicide seriously. It is safe to ask directly, “Are you thinking about killing yourself?” Talking about suicide does not cause suicide. If you have difficulty asking the youth about his or her thoughts, enlist another adult to help you

Assists high schools and school districts in designing and implementing strategies to prevent suicide and promote behavioral health. Includes tools to implement a multi-faceted suicide prevention program that responds to the needs and cultures of students.

Directs parents as well as educators in the necessary steps in order to prevent suicide.

This information sheet is for mental health staff that the school has designated as being responsible for handling student mental health crises.

The Role of High School Teachers in Preventing Suicide

An information sheet that helps teachers understand why suicide prevention fits their role as a teacher.

A list of websites and other online information that have prevention resources for parents, guardians, and other family members.

Talking Points for Parents About Your Teens Mental Health AFSP

Postvention guide for communities as well as recommendations

The QPR mission is to reduce suicidal behaviors and save lives by providing innovative, practical and proven suicide prevention training. The signs of crisis are all around us. We believe that quality education empowers all people, regardless of their background, to make a positive difference in the life of someone they know.

Immediate Upcoming Trainings for the Month of May 2020

The Columbia Lighthouse Project (formerly the Center for Suicide Risk Assessment) aims to save lives worldwide by making the protocol’s use universal. We also help people integrate the Columbia Protocol into a broader suicide prevention program.

The Columbia Protocol, also known as the Columbia-Suicide Severity Rating Scale (C-SSRS), supports suicide risk assessment through a series of simple, plain-language questions that anyone can ask. The answers help users identify whether someone is at risk for suicide, assess the severity and immediacy of that risk, and gauge the level of support that the person needs.

To learn more about the screening tool and be able to download your own version of the scales, click here.

The Alliance for Prevention and Wellness gathered data from DMHAS Region 2, which includes our three towns, and created a report based on the data. The following information is provided from the report:

The Alliance of Hope is a charitable non profit for suicide loss survivors was created by survivors. They provide online healing support and other services for people who are coping with devastating loss to suicide. Their online forum operates like a 24/7 support group. The website contains support resources and information on the survivor experience.

www.hsph.harvard.edu/means-matter–how a person attempts is a huge factor

The Jordan Porco Foundation was founded in 2011 by Ernie and Marisa Porco after they lost their son, Jordan, to suicide when he was a freshman in college.

The mission of the Jordan Porco Foundation is to prevent suicide, promote mental health, and create a message of hope for young adults. To accomplish this, we

We do this in the name and spirit of Jordan Matthew Porco, who died by suicide in 2011. We’re in it for life.™

The Jordan Porco Foundation is committed to preventing suicide in the high school, college, and college entry student population. Through awareness, education, and innovative programming, JPF is challenging stigma around mental health and help-seeking, creating open conversations about the prevalence of suicide and mental health issues in the young adult population, and saving lives.

The Jordan Porco Foundation is a 501 (c)3 non profit, located in Hartford, CT. 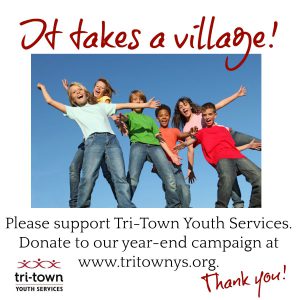 What type of programs are you looking for?
We’re here to help

Get parenting information sent to your inbox!
What’s Coming Up!

What: This is an exciting wellne...

What: This is an exciting wellnes...